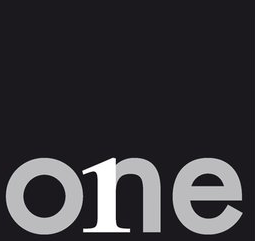 Your one-group partner in Austria

Sobolak International was founded in 1973 by Peter Sobolak with a view to providing the best possible removals service to his customers. The company has grown rapidly and has developed international relations that enable it to move household goods, cars, boats, pets and livestock around the world, even to remote areas such as Bhutan, Reunion or Bora-Bora. Our Austrian one-group partner staff pride themselves on making transportation as straightforward as possible for their customers.

In 1996 Sobolak International combined all its facilities in Leobendorf, 10km from Vienna, where it has two warehouses linked to the offices. There is a 2,500 m² warehouse incorporating a bonded area and a 1,800 m² warehouse for short and long term storage in the company’s own 20ft containers. In August 2006 Sobolak International launched its own in-house relocation division which, as your Destination Service Provider, can handle all your relocation needs such as cross-cultural and language training, house hunting, settle-in services, property management and many more. Sobolak International is also able to satisfy your relocation needs through its well established worldwide service partner network.

Top 10 Factors when relocating to Austria

Main area – Most expatriates live and work in Vienna, which is well known for its art, music and architecture. Besides these, it is the quality of daily life that has recently made Vienna number two in Mercer’s overall quality of life survey, together with Vancouver. The other main expatriate areas are Graz and Salzburg.

Real Estate and Housing – The variety of house styles is large in Austria. Most Austrians who live in or around major cities reside in apartment houses, duplexes or semi-detached homes. Single-family homes are mostly available in rural areas. Larger homes are difficult to find, so it is a good idea to begin the search early. Also, the time between signing the lease and the actual move-in is normally longer than in the USA. Property in Austria is rented or sold on a square meter basis.

Temporary Accommodation – Fortunately, this type of housing is becoming more and more popular. Most major cities offer a nice selection of apartments and semi-detached homes that can be used for temporary accommodation.

The ‘Meldezettel’ – is a police registration. Everyone – including Austrians – has to register. This might be something unusual, especially for US and British citizens. It means that people establishing their residence in Austria, changing residence within Austria or changing their primary residence [Hauptwohnsitz] must register by filling out and submitting a Residence Registration Form [Meldezettel] to the responsible authorities.

Driving License – The Austrian law requires all foreign people living in the country to obtain an Austrian driver’s license during the first six months of residency. The process depends on which state or country issued your driver’s license. If the issuing state or country has no reciprocity agreement with Austria, then you will be required to take both a theoretical and a driving test.

Pets – There have been some recent changes in the regulations for importation of animals into the European Union, so it is important to check this beforehand. It is also worth mentioning that people must pay tax for dogs through the use of a dog-tag (Hundemarke), which can be purchased from the Austrian authorities. Every dog must have a microchip before entering Austria.

Cars – Every car entering Austria for the first time has to pay “NOVA”, which is a tax based on the fuel consumption of the car’s engine. The Nova tax varies between 4 and 20 % of the current value of the vehicle. It is also compulsory to buy the “vignette”, a windscreen sticker, when using Austria’s motorways. There are stickers for either days, weeks or for one year.

Cultural Idiosyncrasies – Every country has them, including Austria. There is no way to sum them all up, but the most important is: don’t mistake Austrians for Germans or Australians. The spoken language is German – although in some cases even a German might not understand the Austrian interpretation of the same language. Many younger people speak some English, however the attempt to learn German will be appreciated.